Each year, the Summer Intensive marks the start of the new season for us at Ballet Rincon, for it is at this time that we renew our commitment to the excellent instruction that we offer for our students. As we move forward into the upcoming season, we invite you to read this Summer/Fall 2022-Spring 2023 newsletter carefully and savor the excitement with us!

The entire faculty and staff at Ballet Rincon joins me in welcoming you to our upcoming season. We are grateful for the continuing opportunity to know you and to share our passion for dance with your child. Thank you for being here with us.

Thank you and see you in the coming year! 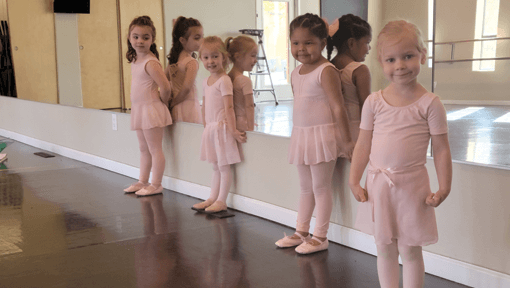 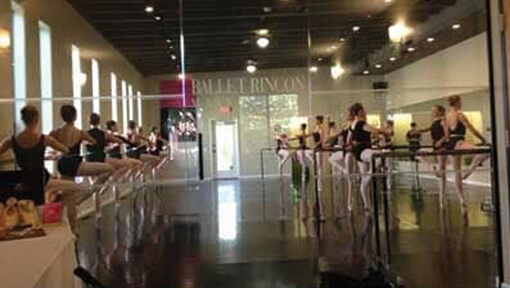 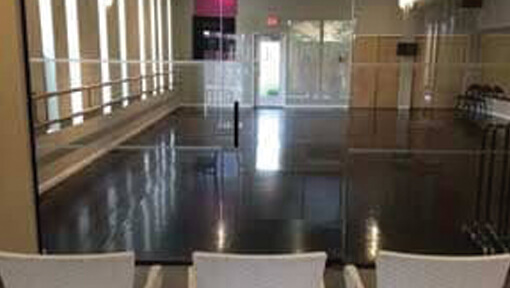 This introductory class is a great way for beginning pre-adolescent dancers to jump in to the fun of ballet dancing during the summer. With basic steps, technique, and vocabulary taught, this starter class prepares the new Ballet Rincon dancer for our Fall/Spring programs with “I can do it!” confidence. 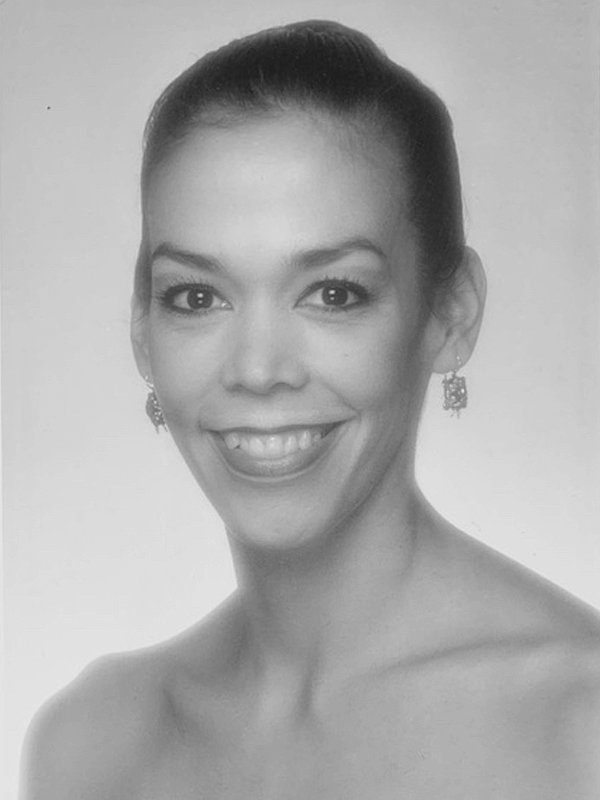 Pamela Reyman-Hughes was born in New York City, where she began her dance training at the age of fifteen. She trained with Istvan Rabovsky and at the American Ballet Theatre School with Valentina Pereyslavic, Olga Merinowa, and Patricia Wilde.

In 1977 she began her professional career with Dennis Wayne’s Dancers in NYC. Over the course of her twenty-two year performing career she also danced as a principal dancer with Cleveland/San Jose Ballet, Atlanta Ballet, Dayton Ballet and Ohio Ballet under the direction of Ian Horvath & Dennis Nahat, Robert Barnett, Dermot Burke, and Jeffrey Graham Hughes respectively. She also performed as a guest artist with small companies in the United States.

An artist recognized for her versatility, Ms. Reyman-Hughes has danced a range of roles, including Tzarina, Sugar Plum Fairy, Dew Drop, Dying Swan, Giselle, Juliet, Lizzie Borden in deMilles’s Fall River Legend, Emilia in Limon’s Moor’s Pavane, the Partisan in Jooss’ The Green Table, The Woman in His Past in Tudor’s Lilac Garden, Cinderella and the Fairy Godmother in Holder’s Cinderella. She danced principal roles in an extensive Balanchine repertoire including Tarantella, Square Dance, Minkus Pas de Trois, Agon, Apollo, Serenade, Four Temperaments and Nutcracker. Ms. Reyman-Hughes has also performed in works by Butler, Van Dantzig, Lubovitch, Byrd, Arpino, Flindt, Falco, Louis, Fokine, Massine, Nault and many others, including her husband Jeffrey Hughes. In 1990, she performed in Scotland at the Edinburgh Festival in Flemming Flindt’s The Overcoat with Rudolf Nureyev. As a principal dancer with Cleveland/San Jose Ballet, she had many roles created for her by Artistic Directors Dennis Nahat and Ian Horvath. She has also participated as a dancer in New Steps, a choreographic workshop in Ohio and in Festival of Life, a benefit for children and adults with AIDS in Atlanta.

Ms. Reyman-Hughes was ballet mistress for Ohio Ballet, interim ballet mistress for Hong Kong Ballet, and was on the staff of the Hong Kong Academy for the Performing Arts. She has guest taught throughout the U.S. and has choreographed two chamber ballets that have been performed in Ohio and Switzerland.

Locally, Ms. Reyman-Hughes has taught at Ballet Arts in Tucson and briefly worked as a part-time ballet mistress for Ballet Tucson. She has worked as Co Artistic Director of Tucson Regional Ballet . She has choreographed a number of ballets for Academy of Ballet and Tucson Regional Ballet and restaged all classical ballets for TRB including Paquita, La Bayadere, Act II Swan Lake and Giselle, among others. Currently she is on the faculty of BC Dance.

For the summers of 2015-2017, she was a guest teacher for Orlando Ballet School’s summer intensive. She is also a certified Gyrotonic® Expansion System Level I Instructor.

Ms. Reyman-Hughes is grateful to the many teachers who have inspired her throughout her career and would especially like to thank Maggie Black, Alonzo King, and Wilhelm Burmann.

Ms. Reyman-Hughes is married to Jeffrey Hughes, and they have a daughter, Maya Esperanza. 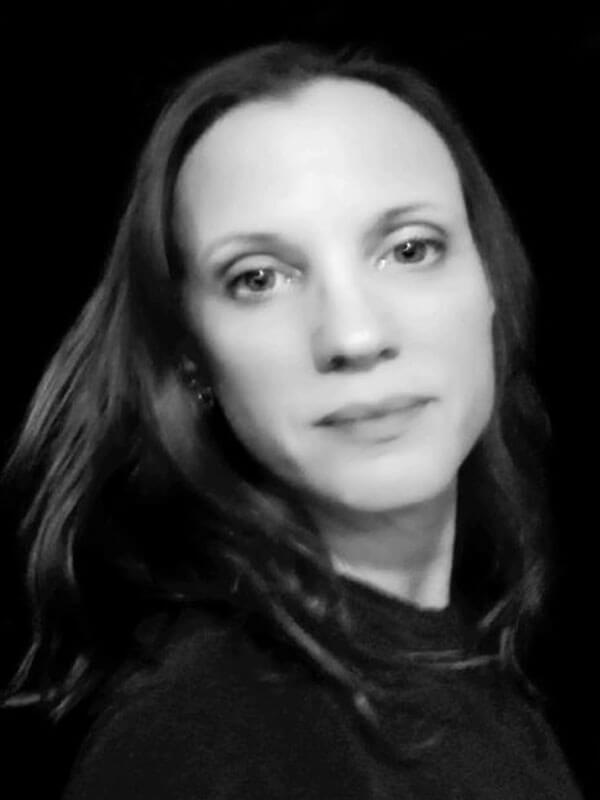 Karina Levy received her training at Des Moines Ballet, and during summers on full scholarship at the Milwaukee Ballet, with teachers such as Kennet Oberly, Stephan Laurent, Martha Faesi, Basil Thompson, Larry Long, Peter Silkin, Peter Pawlshyn (character) and many others.

Karina has taught ballet, modern, jazz, character, ballroom and other forms of dance for 29 years in numerous schools across the country and overseas including Naperville School of the Performing Arts (IL), Wolcott Children’s Ballet (VT), Ballet LaCrosse (WI), Oure Sports and Performing Arts High School (Denmark) and others. Karina acted as Ballet Mistress for Ballet Arkansas setting ballets such as Les Sylphides, Pas de Quatre andThe Nutcracker, and acted as principal choreographer and organizer of Arts in Concert, Little Rock’s city-wide collaborative arts performance. In addition to many other original choreographic works, Karina created a full-length ballet libretto of “The Little Match Girl” with an original score composed by Stratismir Pavlov.

Karina holds a Master’s Degree in History from Arizona State University and Bachelors degrees in History and Religious Studies from Iowa State University and is a certified Dance Teacher through the Arizona Board of Education. Her love of dance led her to also pursue licensure in sports and medicine massage therapy, which she has been practicing for ten years. Karina and her husband manage Southern Arizona Centre for the Arts, a non-profit organization that promotes and preserves the artwork of Iowa artist William D. Sturdevant – a sculptor, painter, and engraver who taught in, and was inspired by, the Southwest.

Specializing in the Bournonville technique, Karina’s dance students have been accepted on scholarship to nationally acclaimed dance programs such as Butler University, University of Oklahoma, and University of Utah, as well as performed on Broadway, the Radio City Rockettes and in ballet companies such as Ballet West and Germany’s Stuttgart Ballet. Karina is currently developing the Fine Arts Dance Program at Andrada Polytechnic High School and hopes to give all students in Vail and the surrounding areas an opportunity to learn about the beauty and art of dance. 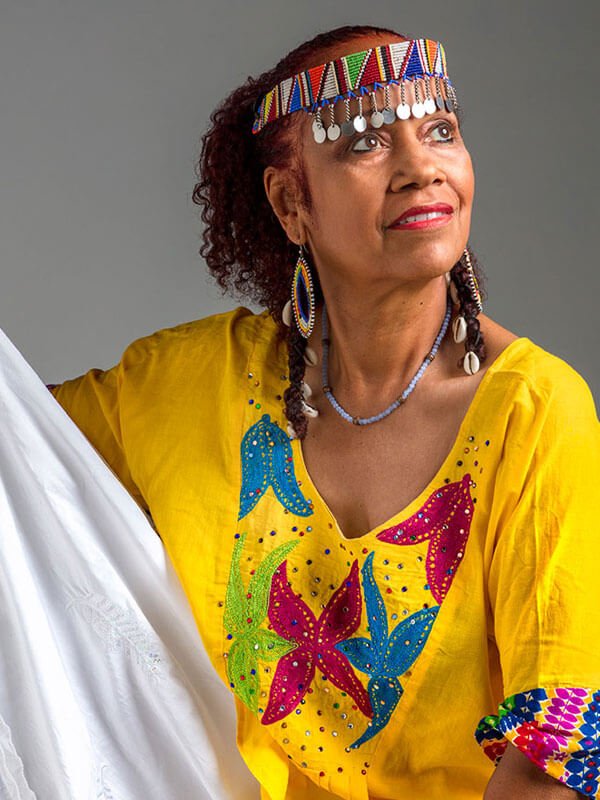 Barbea Williams is the Artistic Director of BWPC, a Performing Company that bears her name and serves as Faculty for the School of Dance at the University of Arizona.

Payment of Registration Fee $10 (per dancer) on or before May 28th or $25 (per dancer) after May 28th is required to complete Online registration process. (Email will be sent). Tuition due in full by 5/28/22.

– Tuition and fees are non-refundable and non-transferable.

Our Summer Intensive Recital (Eligibility for Complete Students Levels 4-10 only) will be held on Friday, July 1st, at 6:30pm, at the Vail Theater of the Arts, on the campus on Empire High School. The mandatory rehearsal for this performance will be held Friday, July 1st at 3:00pm. The auditorium will open for seating at 6:00pm.
-Dancewear Purchase Required. See below.
– General Admission recital tickets are $14.00 if pre-purchased during office hours the week of June 27th, and $16.00 if purchased at the door on July 1st