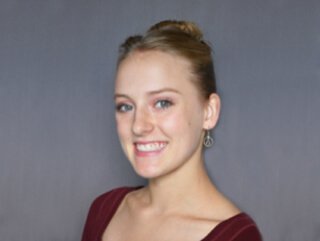 Nicole was born in Albuquerque, New Mexico and has been dancing since the age of 3. She has trained in ballet, tap, jazz, modern, contemporary, hip hop and heels at Fishback Studio, NDI, Magnify Dance Center, New Mexico Ballet Company, ABQ Vibes, and with Deidre Michelle. She toured with the Radio City Rockettes, as “Clara”, in their Christmas Spectacular when she was 12, and again when she was 13 at Radio City Music Hall in New York. She was a company member with New Mexico Ballet Company for 3 years and performed lead roles such as “Clara” and “Snow Queen” in their production of The Nutcracker Ballet. She has competed in many competitions and conventions around the country and has won several awards for her dancing, stage presence, and technique.

Nicole has been tapping since the age of 8. She was a member of the Fishback Studio Tap Team for many years where she performed in both competition and local community shows. Nicole was a dance instructor at Fishback Studio and has choreographed solos and ensembles for herself and others. She is going into her Sophomore year at the University of Arizona. There she has performed George Balanchine’s Concerto Barocco and Four Temperaments, Jessica Lang’s Escaping the Weight of Darkness, and other works choreographed by UA School of Dance Faculty. She is excited to be working with Ballet Rincon!